Well I couldn't last on the Nokia N9 (though I did nearly make it two years! For a tech magpie like me that's not bad...), I've now got my hands on an Android device - a Sony Xperia P! I know that it isn't the latest and greatest (it arguably wasn't even when it was new, instead it was pitched as a mid range device) but it is certainly snappy enough with it's dual core CPU and Android 4.1.2. It's been a few years since I played with Android and I've gotta say, 4.x is a massive step forward in terms of looks! Sony haven't gone too crazy on the skinning too which is nice, allowing lots of Holo goodness to shine through - I especially like the new Gmail app which is far better than what I was used to on the N9.

The hardware is pretty good looking in my opinion - with it's aluminium unibody build and flat slab of glass down the front it looks much better than some of the more plasticky phones to have come out and I like the minimal flat look to the front with the curved back. It's actually really light (surprising since it's mostly all metal and glass and isn't the thinest of phones) and I sometimes forget it is in my pocket (it's much lighter than the N9). One reason for it's light weight could be the small battery size - it's only 1305mAh and definitely needs charging every night during normal usage and even a top up during the day for when you use it a lot, but other than that I don't have any complaints. 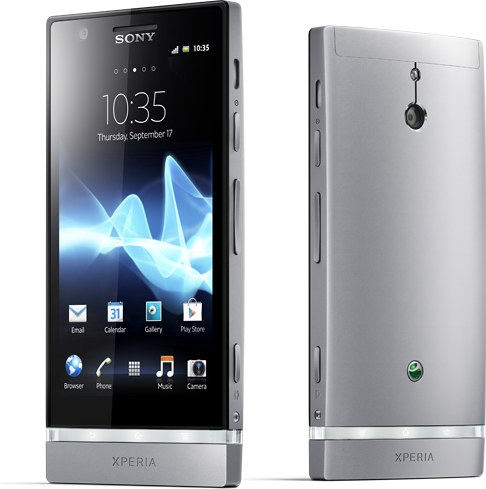 The other thing which I'm still getting used to is the sheer range of apps available - for the last few years I've been on webOS and then MeeGo, neither of which are exactly a hive of activity in the app department. Now for pretty much anything I can think of someone has made an app, especially local ones (like my bank, NZ news sources etc) which is a far cry from what I've put up with since 2009 when I first got my Palm Pre. So far I've been careful to pick apps that follow the Holo guidelines so the whole system has a more cohesive feel, and I also shy away from the free ad supported ones too which look pretty bad with ads plastered across them (I'm happy to support devs who make quality apps by buying them). Some of my favourites are JuiceSSH, Pocket Casts, YouTube and Currents, though with so many apps I'm constantly discovering new ones.

All in all I'm happy so far with my Android experience - it's not as clunky as I've been led to believe!